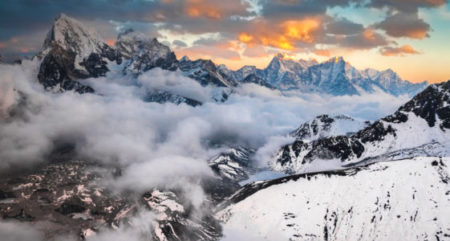 Two hundred million years ago, Earth looked very different. Its landmass was pushed together into one giant continent. Today scientists refer to it as Pangaea. Over time, the rocky plates that make up Earth’s crust split this mega-continent apart. The plates later ripped those new continents apart, too, moving them around and smooshing some of them back together again. What resulted was the world we see on maps today.

But what did our planet look like while all of this was happening? That’s what Sabin Zahirovic is working to find out. “It’s a journey of discovery, and sometimes undiscovery, that’s exciting,” he says.

Today, GPS systems in our phones can tell us exactly where we are and how to get where we want to go. It seems like every inch of our planet has been explored. Still, some places — and times — remain unmapped.

“Earth has changed so much that it’s really a privilege to be able to look into the past. It’s the closest thing we have to time travel,” Zahirovic says.

From the ocean floor, to the mysterious force of dark energy, to the movement of continents, here are three scientists who are venturing into uncharted territory.

Read the rest of my story for Science News for Students here.