My first byline in Discover 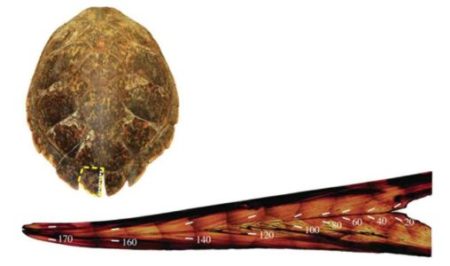 Buff and mahogany swirls and starbursts form distinctive patterns on the shells of hawksbill sea turtles, once common in tropical oceans worldwide. But their numbers dropped because demand for jewelry, hairpieces and other ornaments crafted from their shells made them one of the most widely trafficked species. Now, those same shells can provide critical information about their dwindling populations.

A team of scientists in Hawaii has developed a way to chart the chronology of a turtle’s life using the growth lines in its shell, much like the life span of a giant sequoia might be measured in tree rings.

My story “A Better Turtle Timeline” appears in the August issue of Discover. Read the rest here.